For much of this decade, organizations seeking to protect wildlife have attempted to use emerging technology as a conservation tool, allowing small numbers of people to monitor and manage data from animals over a wide area. Now in Africa, where the illegal animal trade threatens endangered animals such as rhinos, elephants, pangolins and lions, several organizations are applying Internet of Things (IoT) technology to give rangers data to helps intercept poachers before they kill.

In an article found arstechnica.com, Sean Gallagher explains the advancements being made in tracking animals that are high on a poachers list and keeping track of the actual poachers.

Many conservation efforts elsewhere use IoT to try to track the location of animals, such as Vodafone’s IoT tagging of Scottish harbor seals and tracking of endangered dugongs in Philippines. But in Africa, the task of protecting rhinos is slightly different—it’s about tracking people, specifically the poachers who hunt down the rhinos for their tusks.

There have been several approaches to helping save the rhinos of the world, including ranches that raise orphaned rhinos and allow them to live full lives without fear of poaching. Some organizations have begun to saw off the horns of the rhinos while others dye the horns to make them useless to poachers.  But using cameras, drones, sensors, and alerts between these safeguards is a new approach that seems to be working.

In a different approach, South Africa’s Welgevonden Game Reserve is tracking the behavior of other herd animals (such as zebras, impalas and gazelles). These monitors act as “sentinels,” essentially watching for variations in animal movement in response to different potential threats. The Welgevonden experiment, based on a collaboration with Wageningen University in the Netherlands and IBM, tracks the movements of these collared herbivores by utilizing collars transmitting data via a 3G wireless network, and the effort inputs that data into an IBM Watson system in the cloud. The analytics of the Watson IoT platform are being trained to detect the difference in behavior in herd animals based on whether they are coming in contact with natural predators, tourists, or potential poachers. 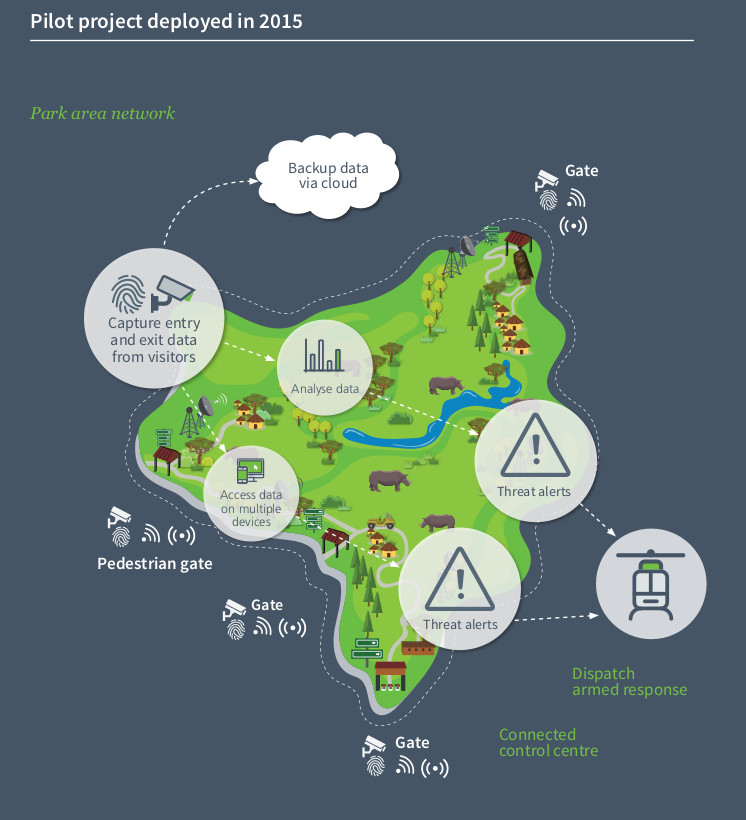 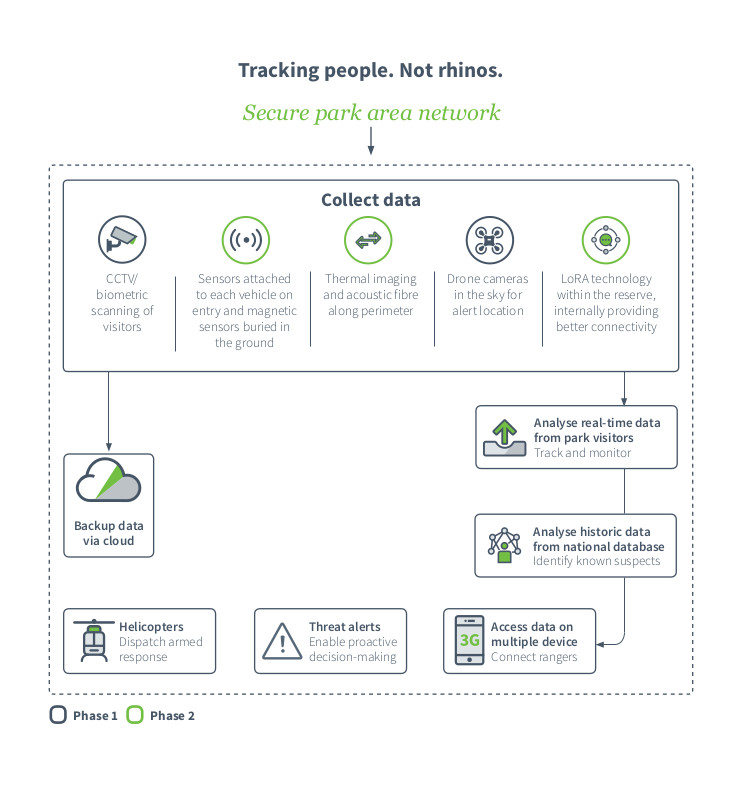 So not only are authorities keeping a count on the herds under their protection, they are keeping track of the people trying to harm those herds as well.