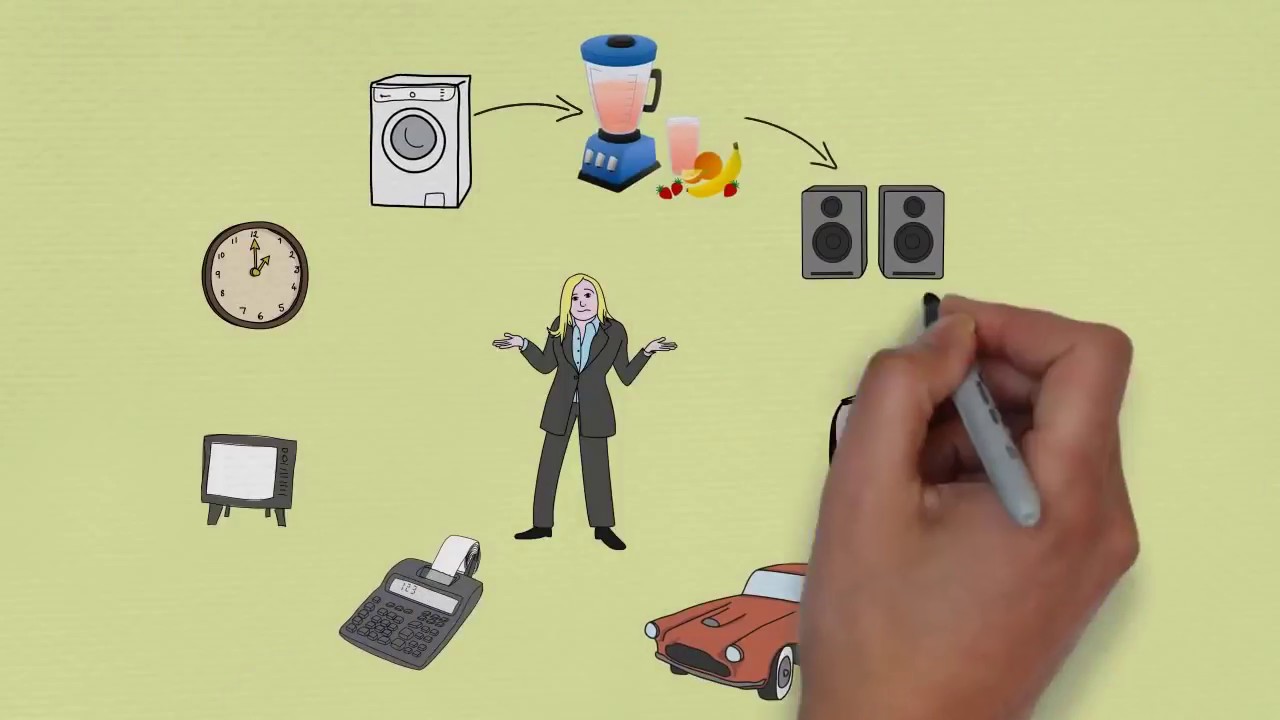 From your refrigerator, to your smart phone, to the car you drive, they are all connected and in ways you perhaps never dreamed of.

Here is a  video of explanation for what is called The Internet Of Things.

With the hope that an EMP won’t fry our current world order of things, the IoT will continue to expand from one device to another without end. Perhaps in the next 10 years humans will also be attached to the IoT, possibly through chips in our hands, or even links implanted into our brains. A flick of the switch and presto, we are online and part of the worldwide web, with all its information, animation and observations flooding directly into our consciousness.

The IoT can help people track their products with an amount of data and interface never before seen in business.  However, there are huge draw backs as well when using the IoT caused by those who would use of the internet of things for nefarious purposes.

When Internet of Things (IoT) security technology startup Minim tested its new home and office Wi-Fi-management and -security technology, a connected landscape-watering system in the trial’s network exhibited some suspicious behavior. The home-irrigation solution was using its Wi-Fi connection not only to provide data regarding landscape watering to home owners, but also to communicate with an unknown Russian server. The incident helped to illustrate that the need for security and management of the growing number of Wi-Fi-enabled home devices was becoming ever more critical. Minim is now offering a package of connected home-management and -security solutions for Internet service providers (ISPs) to catch such activities as the one into which the irrigation system was lured. The system also provides tools for ISP help desks, to help them remotely understand and troubleshoot problems in customers’ Internet service.

Minim was founded by Jeremy Hitchcock, the company’s CEO, who has a personal understanding of how vulnerable systems can be to attack. He was also a co-founder of domain name system provider Dyn, which was attacked during the October 2016 Mirai malware botnet incident. The attack targeted Internet-connected devices, such as printers, IP cameras, residential gateways and baby monitors, all infected with the Mirai malware.

In an article found in the RFID Journal.com, Clair Swedberg tells us about how Rooney was also part of a company that was hacked during the Mirai outbreak in 2016. His company at the time Dyn, was attacked through printers, IP cameras, and baby monitors.  Any device it seems is vulnerable.

Since that time, Hitchcock, Rooney and a team of engineers launched Minim with the mission of helping to prevent such attacks for those with home IoT systems. The vulnerabilities of IoT devices are a growing concern, Rooney notes, as many are built by consumer product companies with no special security background, using hardware from a variety of vendors, making them unwittingly prone to attack.

You can find about the IoT if you read more at rfidjournal.com