Sophia Walks into History as First Humanoid Robot with Legs

Sophia Walks into History as First Humanoid Robot with Legs 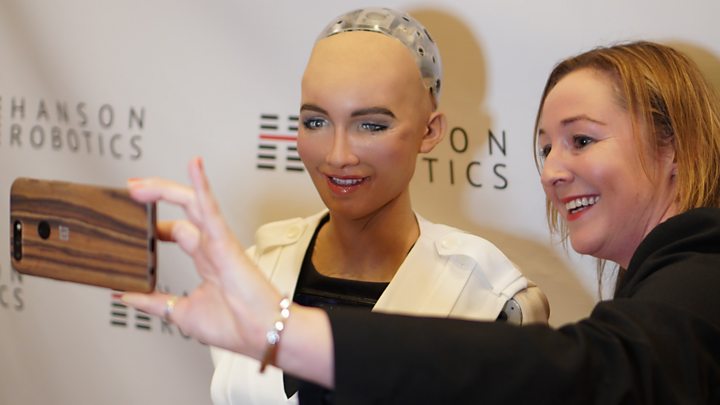 Sophia is designed to be a stepping stone to robots that truly think.

Sophia Steps Up Her Game

Ok. I admit I am smitten with Hanson Robotic’s Sophia. Until recently, Sophia was more like a talking head, looking like a bust in a museum. Hanson designed the humanoid robot to carry on a conversation, partly scripted and partly her own algorithms, making her a celebrity figure in AI and robotics. Saudi Arabia even gave her citizenship. Now Hanson has given Sophia legs. Not so much for aesthetics, but more for simple movement.

By giving Sophia the opportunity to experience movement similar to humans, Chief Scientist Ben Goertzel said, “Giving Sophia a more complete and robust embodiment is a key part of our ongoing, rapidly accelerating quest to supply her and our other Hanson robots with general intelligence at the human level and ultimately beyond.

Sophia the robot is a celebrity in “her” own right. The robot has been on chat shows and gave a speech at the U.N.

Sophia also did an interview with the BBC, which you can watch on the link. It will truly be an eye-opener for you if you are as yet still unfamiliar with this life-like example of the most humanoid robot yet.

Not everyone is enamored with Sophia, however. Especially in Saudi Arabia, as referenced in the Tweet below.

This robot has gotten Saudi citizenship before kafala workers who have been living in the country their entire lives https://t.co/RRCMH2rtZ8