A Russian company has introduced a product similar to Siri and Alexa, but so different, it’s funny⎯which it’s supposed to be. It uses mined information from the internet, news articles and Russian literature.

“Alice” hears you say, “Alice I’m sad,” she might decide to respond with,”No one said life was going to be easy!”

The Moscow-based tech giant Yandex launched its Russian-speaking assistant in October of 2017. The company had been using some form of AI for a number of different tasks, including product recommendations, but Alice marks a more outward-facing take on the category. The assistant pulls in the company’s various product offerings, such as weather, news and maps. Alice is designed to just chit-chat with users, too. You might ask Alice,”What is the weather in Moscow?” After Alice answers, you might say, “And in Peter?” and Alice will automatically decide you also want the weather in St. Petersburg and proceed to give you that information. 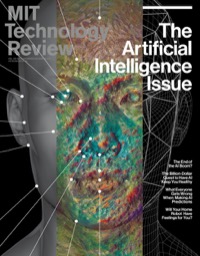 Alice is reminiscent of the experimental neural network chatbot (PDF) created by Quoc Le and Oriol Vinyals at Google in 2015. This system was trained end-to-end on computer help-desk chat logs, and it could produce some remarkably good answers to questions, as well as many completely bizarre ones.

Alice, which is accessible through Yandex’s Web browser, also shows how different cultural attitudes toward AI tools are likely to shape the technology’s progress.

Some say Alice’s comments trend toward the dark, sarcastic and politically incorrect. To be fair, if you spent a lot of time reading Russian literature, you might develop that kind of sense of humor, too.

This could be what Americans need to tone down some of the temper tantrums expressed with their social media rhetoric. If Alexa, or Siri had more of a playful sense of humor, like ‘Comrade Alice’ it might rub off on Americans a little bit.