By now, billions of online users should know that their data is not safe. There is no completely safe way to live a digital life, in a smart home, that runs using your smart phone apps. The constant of gigantic hacks of corporations have taught us that surely.

But the digital revolution has reformed so much of our world. Online security companies have updated the burglar alarms that once protected doors and windows and could be defeated by killing the power. One system, in particular, receiving rave reviews is the Amazon Ring. Comprised of a network of cameras that the homeowner installs. Cameras and mics connect to the Neighbors phone app. Simple, safe and secure. Or is it?

In an eye-opening article, lifehacker.com revealed that the Amazon Ring Security System exposes more than the person who knocks on your front door. A report by Intercept.com shines a light on some of the items in the small print that comes with the system.

When you sign on to have your data saved to the cloud through their software, you give them the right to use it as they see fit. One expects it to be used in the proper manner. Consumers trust the system connected to these digital eyes. Companies like Amazon, Google and Facebook are having great success in sales of these easy to install devices. However, there are huge holes in the security that protects data.

In fact, Facebook was upfront with customers when it stated what its new Alexa-powered Portal video chat devices does with video data.

With Ring, users are asked to use their Neighbors app. That gives them permission to use their image and facial recognition software to decipher your video data.

Amazon hired a Ukranian company called Ring Lab to watch a percentage of the home videos that the Ring security system records and stores. The idea is for the human operators to teach the AI software how to get better at identifying people and things. Unfortunately, there have been several reports of workers sharing this data with one another. The question is, who else gets to view it?

It is a wider problem than the Ukrainians having a chuckle over your videos because anyone with access to Ring’s cloud database can use a persons email address to tap into the home system as it operates in a live mode. Not just the front door cameras either. The people working at Ring Labs can view the interior cameras as well, and they do. Reports state that often workers have seen very private moments, people shooting guns, and even stealing being done in front of these cameras.

The real possibility of these systems being hacked by criminals or the government is something to be concerned about. 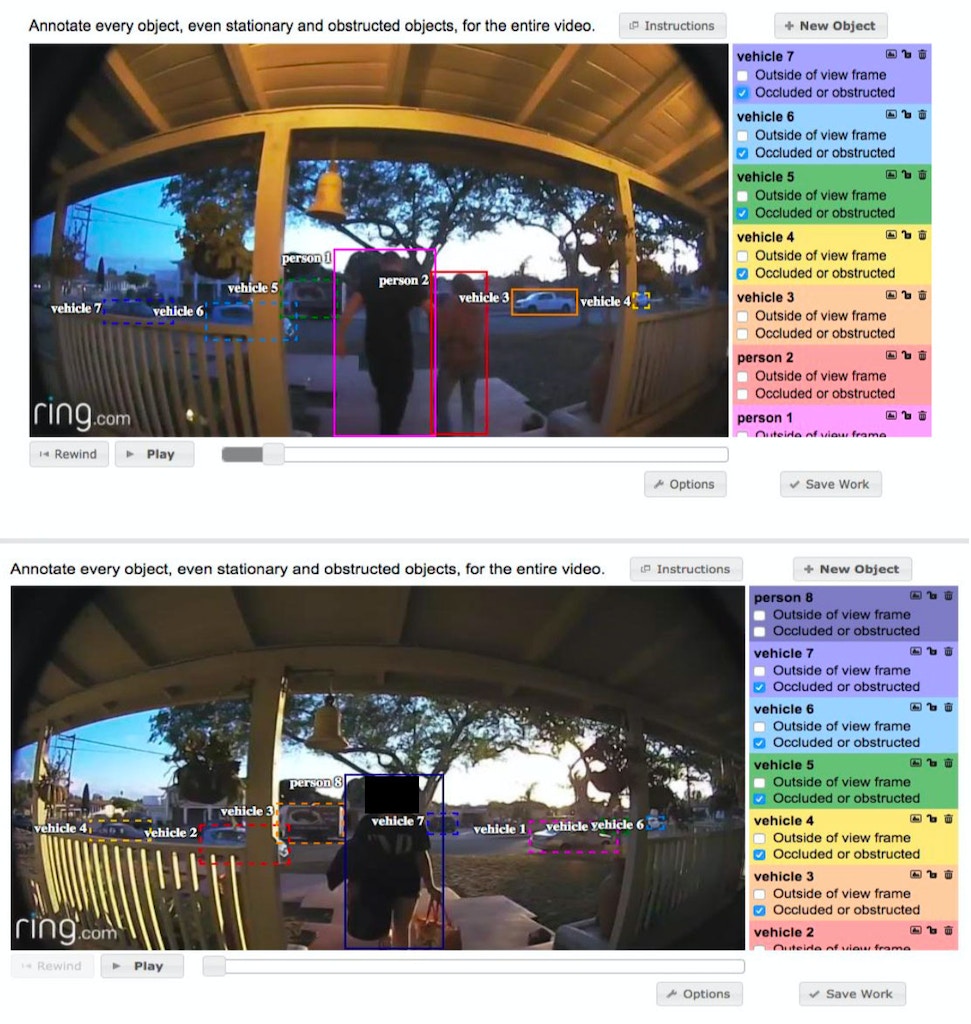 According to a statement provided by Ring to The Intercept, “These videos are sourced exclusively from publicly shared Ring videos from the Neighbors app (in accordance with our terms of service), and from a small fraction of Ring users who have provided their explicit written consent to allow us to access and utilize their videos for such purposes.”

So some customers give permission for companies to share their data. The rest, though a small fraction of users, must also consent, which is fine unless you’re being exposed.

The only chance at real privacy is simple: build your own system. All the parts are available. Short of that, turn off the microphones in your smart devices and unplug USB mics as well when not in use. You must act like the cameras and mics are always hot and avoid them if you want privacy.

Read a review of the Ring Security System here.