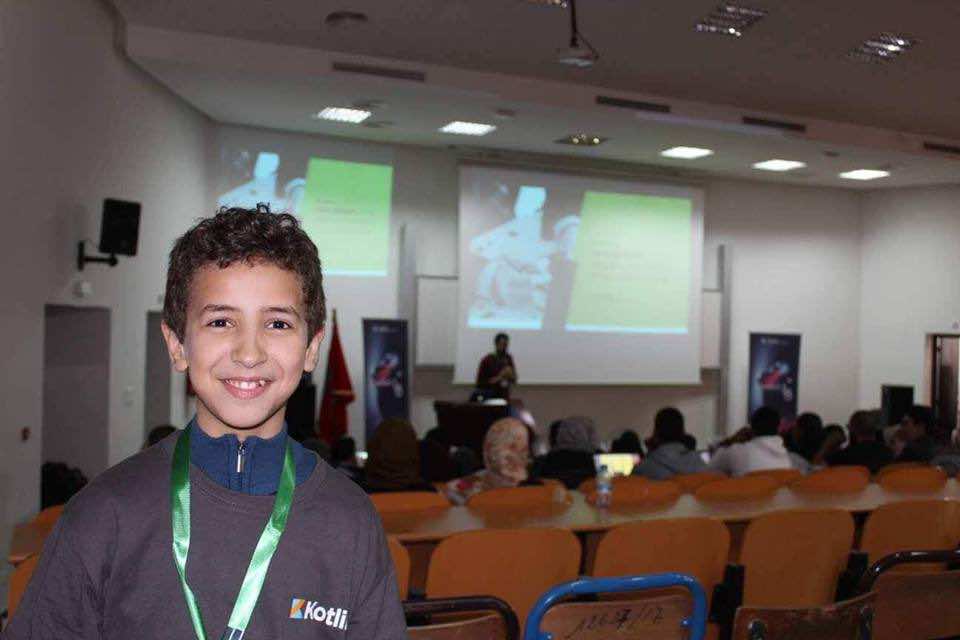 Idder Motii, 11, a Moroccan self-taught programming prodigy, is fluent in English and programming.

The chances of an 11-year-old from Morocco being recognized for programming genius and being asked to speak at a Google convention are likely next to zero. Meet Idder Motii. He was invited to speak at Devfest Agadir 2018 in Rabat, Morocco on programming, and has mastered Python, but is also proficient in C++ and SQL. According to the Google Developers Group, he gave a great presentation.

Motii was the youngest of the invited speakers, but not the only recognized Moroccan child ⏤another prodigy from the same African nation, Mariam Amjoun, 9, won Dubai’s Arab Reading Challenge.

In an interview, Motii said that he owes some of his progress to his older brother, who influenced him to try programming. Even his family is a little surprised at his progress. His uncle, Abdellah Motii, said: ”We knew he was interested in computing for a while but we didn’t think he was that good at it. His motivation is what got him into learning.”

The boy began to understand and practice learning how to code when he was only 10. He codes in Python, Java, C++, HTML, and Scratch, and he is now in his second year of vocational training.