COLUMN: Imagine If AI Were Used for Good

COLUMN: Imagine If AI Were Used for Good

It seems every week computers are changing the world. Products and services  that would have seemed to be impossible to achieve just two years ago are on the market.

Medical diagnoses by computers being done quicker and more accurately that human doctors, time and again. This type of medicine will save countless lives and countless hours of needless suffering from humanity at large. But does it have the human touch? Does it provide interactions with “the doctor” that leads to better understanding by both patient and doctor? Does it lead to a more trusting relationship between them?

The way my own kind of personal medical care gets delivered is rushed and far removed from the kind of doctor/patient relationship that we used to watch on TV medical shows. You know, the kindly wise old doctor dispensing medicine and country wisdom at the same visit to his office.  Computers are clever, but they aren’t caring⎯however, neither are most doctors now. Perhaps when a computer does become self-aware and compassionate, it will begin to teach doctors, nurses, lawyers, plumbers, even policemen, how to be more humane.

Politics has become a huge wedge in the lives of people and the human race in general in both America and around the planet. We seem to be sharing this rise in isolationism, in “my country is more exceptional than your country”-isms. That pulls humanity apart, and destroys the progress being made with and by computers. Humans do not understand what computers understand, and possibly vice versa. Surely a computer classifies all humans as humans.  Not white or black or red humans, just humans. We could learn a little from that right off the top. When did  people stop thinking of others as people? When did humanity stop caring about the rest of humanity? In the world of politics, we have gotten to the point where the letters D and R seem to designate how much time and effort we are willing expend on another’s behalf.

It’s no longer a human or a customer we are addressing across a counter or a conference table. Now we are looking at data, stats, and projections, instead of a living, breathing, sentient human being. That search for data is what drives much of today’s worldwide, computerized economy. When we acquire the information we seek, the person who that data belongs to becomes less of a human and more of a number. Just as George Orwell predicted in 1984.

We must remember, all computers have relied on humans to bring them to life. Computers are shaped by whoever programmed them and the data they are fed. No matter the shape, size, nationality, or even the number of appendages the programmer has, the computer perceives us in the same way. As human data that their algorithms call 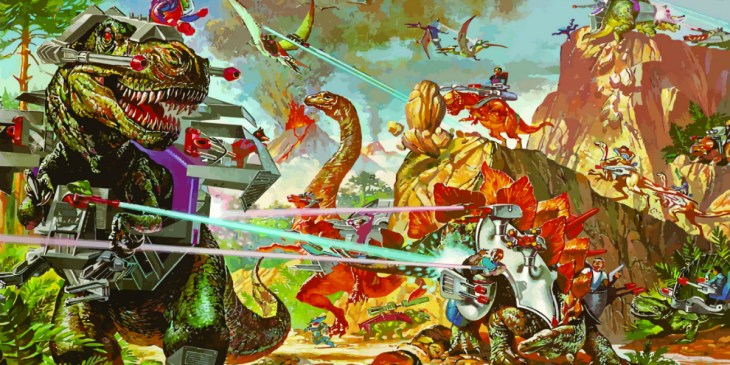 human beings. Are computers capable of being racist? Yes, but only if they are programmed that way. Computers don’t care who you are or what you do for a living, or who you voted for in the last election⎯unless they are programmed to care to achieve a result, such as in the case of Cambridge Analytica, which exploited human weaknesses.

We have created lasers that will produce tremendous results in the production of many vertical markets. Mining, dental work, even medical lasers in the OR.  However, they are also being used as  weapons on a whole new level of terror. A Chinese company has released a report that they have an AK-47 type laser that is very deadly. In fact, it’s supposed to be able to set you on fire from half a mile away. Great.

John Lennon expressed the notion in a 1971 record release. The song, Imagine, spoke to the problems humans have created and continue to fail to understand. Computers do understand them and can help solve them if we just choose to let them. When  quantum computing finally becomes part of our every day lives, and can help you decide where to go for dinner or how much your odds of living to 90 years old are, then perhaps we will finally understand that we are all part of the whole and for one part to suffer, the whole will suffer as well. We can rewrite the rules to say something like, “OK from here on, everybody wins, everybody has what they need. And nobody has to do without.”

We will have the tools at our fingertips to make the world work for everyone, if we can only imagine it.