The RAND Corp. Interviews Experts on AI & Security in 2040

The RAND Corp. Interviews Experts on AI & Security in 2040 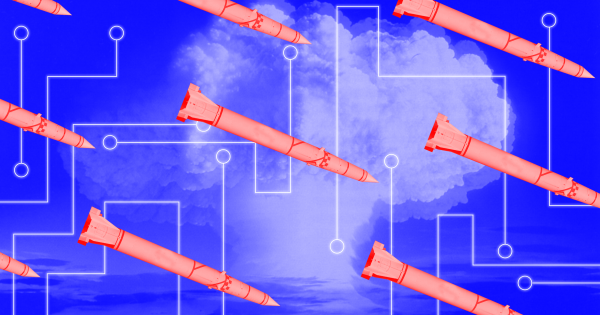 The report “Security 2040” by The Rand Corporation predicts possibility of AI war accidents.

Here are some true facts:

Computers are in charge of more of our military capabilities than ever before, including controlling autonomous vehicles and detection systems. They are also in charge of our nuclear arsenals. Artificial intelligence is getting more autonomous.

The false in-bound missile scare that hit Hawaii in 2017 was passed off as human error, but was it? Hard to say, but it may have been a real life version of various movie plots where the computers take over the firing of atomic weapons. Remember “War Games,” the movie?

In an article from futurism.com, author Dan Robitski gives a break down of a recent Rand Corporation report that has gotten lots of folks talking and thinking about how AI controls powerful weapons.

The RAND Corporation hosted a series of panels with mysterious, unnamed experts in the realms of national security, nuclear weaponry and artificial intelligence to speculate and theorize on how AI might advance in the coming years and what that means for nuclear war. Much of the article talks about hyper-intelligent computers that would transform when a nation decides to launch its nuclear missiles. The researchers imagine algorithms that can track intercontinental ballistic missiles, launch its nukes before they’re destroyed in an incoming attack, or even deploy retaliatory strikes before an enemy’s nukes have even left their lairs.

As we become more dependent on AI for its military applications, we might need to reconsider how implementing such systems could affect nuclear powers worldwide, many of which find themselves in a complicated web of alliances and political rivalries.

This is exactly what Elon Musk has been warning about for several years, but says Robitski points out,

So even though AI can win at narrow games like Chess and Alpha Go, it is still a long way from accidentally launching a nuke.