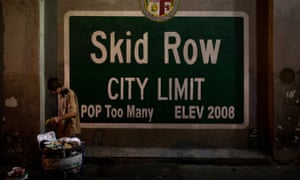 AI will produce miracles of industry. Every business on earth will be affected in some way by the brilliant algorithms being introduced daily. These inventions can produce products at such a rate and for such a low cost, that it’s hard not to let human workers go and bring in robots. But these changes will have human costs, including further impoverishing some segments of society.

In an opinion piece in The Guardian, Virginia Eubanks addresses the likelihood that the disparity between the economic classes will be even greater if the lower-end workers are replaced and the robotic savings of money go only to the upper levels of management. The old story of an increasing divide between the “haves and have-nots” will only worsen without planning.

Already the climate of austerity in government spending is having a negative impact on the poor. In the past few months, the U.S. Administration’s budget proposes rolling back support for low-income housing, the President has issued an executive order attacking welfare programs and introduced a plan to create a nationwide electronic registry of poor and working-class people. Increasingly it is algorithms–not humans–making the call over who receives housing, food and healthcare.

“We have extraordinary need [for housing] and can’t meet all of that need at once,” said Molly Rysman, the housing and homelessness deputy for Los Angeles county’s District 3, speaking in 2015 about coordinated entry. “So you’ve got to figure out: how do we get folks who are going to bleed to death access to a doctor, and folks who have the flu to wait? It’s unfortunate to have to do that, but it is the reality of what we’re stuck with.”

An increase in digital tools for managing poverty, such as automated eligibility systems, remove discretion from caseworkers and replace welfare offices with online forms and privatized call centers that are supposed to speed service. The effort to lower barriers and remove human bias often has the opposite effect, however, and hundreds of thousands of people don’t get access to services for complicated reasons computers can’t address.

In Indiana, for example, Omega Young of Evansville lost her Medicaid coverage when she failed to attend a telephone recertification appointment. She missed the call because she was in the hospital suffering from terminal cancer.

We are increasingly turning to digital tools to decide which struggling families most deserve support. A nationwide housing crisis has made the situation dire in places like LA, other cities and even rural areas.

The good news about our collective responsibility for America’s housing crisis is this: if we created this catastrophe, we can fix it. Two simple, but politically challenging, remedies could go a long way towards stemming the growing tide of housing insecurity.