It’s a Robot World, After All

Robots of all shapes and sizes are literally everywhere these days, for uses from cooking to industrial weight hauling and especially in manufacturing. An article from RT.com gives insights into which countries are using robotics the most, citing facts from the International Federation of Robotics.

This Scandinavian state is one of the world’s leaders in using renewable energy. At the same time, machinery manufacturing reportedly makes up nearly 25 percent of industrial output. Denmark enjoys the help of 211 robots per 10,000 working people and is ranked fifth in the world for robot use.

The country boasts 303 industry robots for every 10,000 working humans. Most are employed in the vehicle-making sector. Though Japan failed to make the top three ranking, 52 percent of global robot supplies are reportedly coming from the nation. 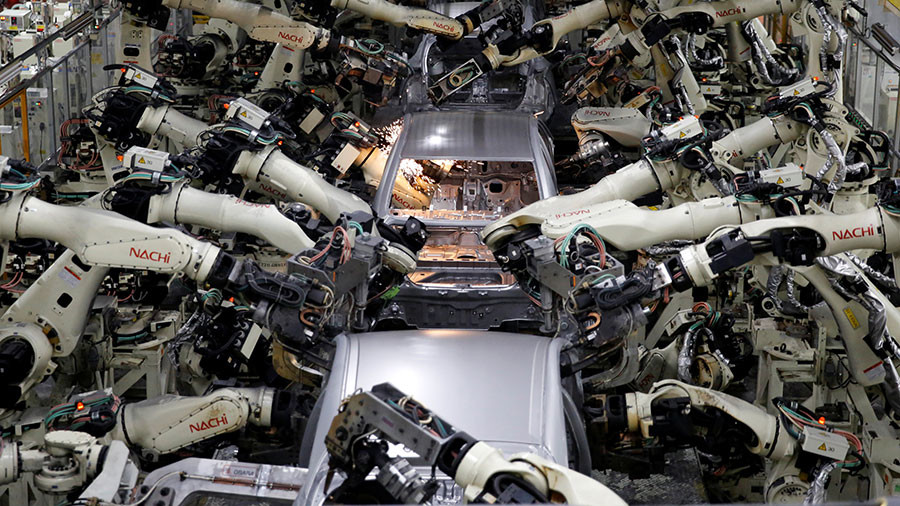 Robots weld a car body together at a Toyota plant in Japan. Photo: Toru Hanai, Reuters

Like Japan, Germany is one of the world’s leading car manufacturers. The country opens the top three with 309 robots per 10,000 workers.

Nearly 90 percent of robotic machines in Singapore also work in the sector of electronics. With 488 robots for every 10,000 working people, the nation is the second most-robotized in the world. And though China has set its cap on leading the world on all levels of robotics, it will have a rest of the world to contend with.

The number one country for use of robotics is South Korea, which has 631 robots for every 10,000 human workers.