MIT Creates Robot Fish to Help Save the Oceans

MIT Creates Robot Fish to Help Save the Oceans 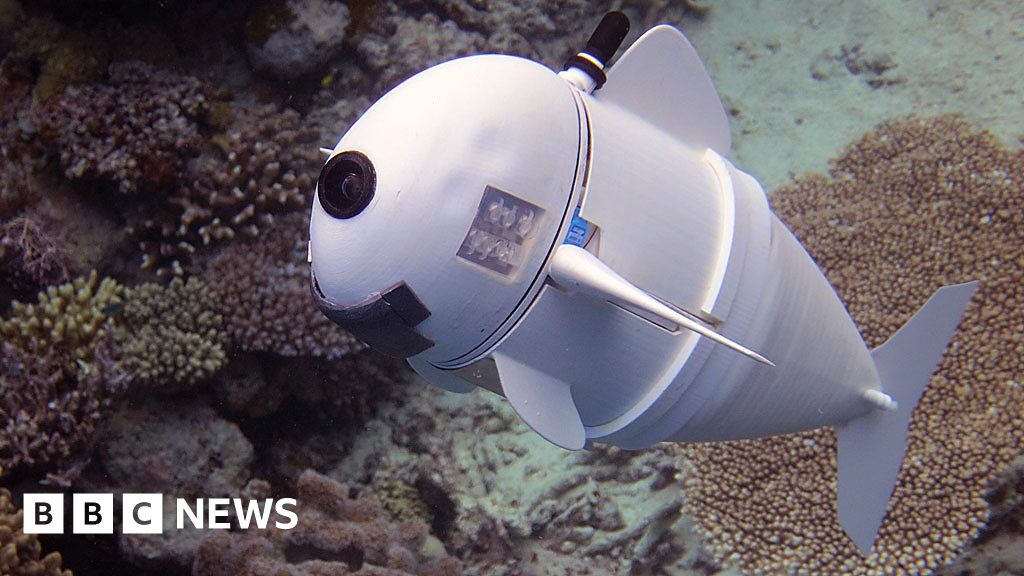 So-Fi, a soft robot fish, swims among the sea creatures to record data.

Fish Bots Sent to Bottom of Ocean for Scientific Study

Several news sites have been interested in So-fi, or Soft Robotic Fish this week. Wired.com described it as sort of  like a miniaturized Moby Dick that wiggles slowly over the reef, ducking under things, before ascending, then descending again, up and down and all around. Its insides are electronics; its flexible tail is composed of elastomer.

The botfish will be used to interact with under water species without freaking out the real fish. The first problem they had to conquer was underwater transmission of data. It seems radio signals only go a very short distance underwater, and since the fish is not tethered to an outside source, they came up with a different way to transmit. All this information was released in a white paper from MIT.

“Radio frequency communication underwater just works for a few centimeters,” says MIT CSAIL roboticist Robert Katzschmann, lead author of the paper. “Acoustic signals in water can travel for much longer and with much less energy consumption.” Using sound, divers can pilot the robot fish from almost 70 feet away.

Among the other issues the scientists had to solve was the actual construction for the fishbot and what materials or motors could be used to make it come to life. And how to make it swim convincingly around the ocean depths while photographing and recording data from areas that were impossible or very difficult to get to with radio controlled systems. Scientists hope it will help in mapping ocean pollution so plans can be made to clean it up, as well as to guide fish to new areas.

Read the original article at wired.com or click here for a BBC video of So-Fi.