The Kitty Hawk Flyer prototype 'flying car.' Kitty Hawk is a start-up that wants to move you. 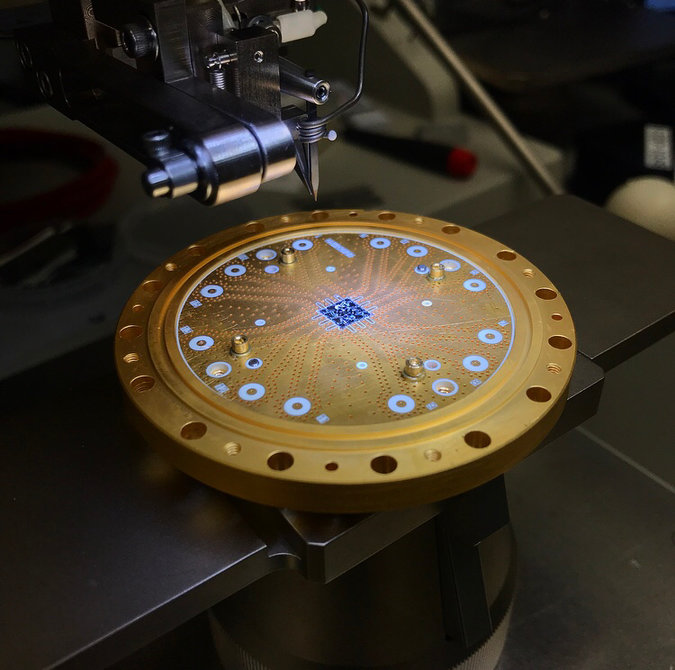 After a year of news on Russian hacking into U.S. elections, some people might think technology has gone entirely too far. But as the tech world evolves, so does artificial intelligence, with five new technologies that will change the world. 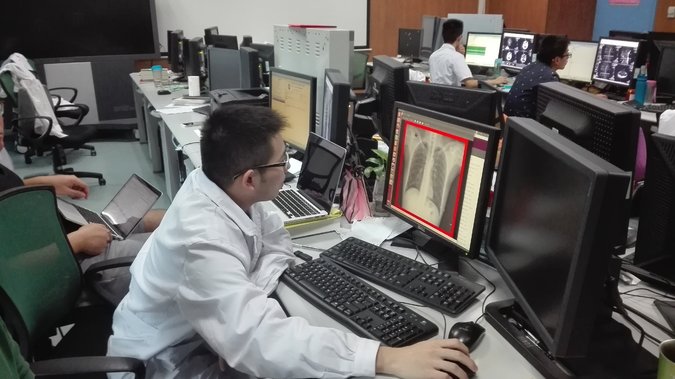 Doctors using Infervision’s products at Wuhan Tongji Hospital in China. By analyzing CT scans, a neural network can learn to spot lung cancer and other signs of disease and illness in medical scans. Credit: Infervision

Over the last few years, complex algorithms operating within deep neural networks  have learned to actually “see” a patient in front of a connected camera. The AI allows for diagnoses over the internet, so it’s not uncommon to hear advertisements on the radio in China for digital doctor services. Machines will learn to identify signs of disease and illness in medical scans.

“Siri, what’s the weather in Boston today?” That question is an example of conversational computing. Speak to a chatbot and hear its response. All major tech companies have gone all in on this technology, from Amazon Echo, to Skype and beyond. Though today the systems recognize words quite well, it’s not yet at the point of conversing a la HAL from the film “2001: A Space Odyssey”—however, the technology is improving rapidly.

Now instead of actually speaking to your conversational companions like Siri, how about if you just think your question or comment?  It’s here and an incredible development. 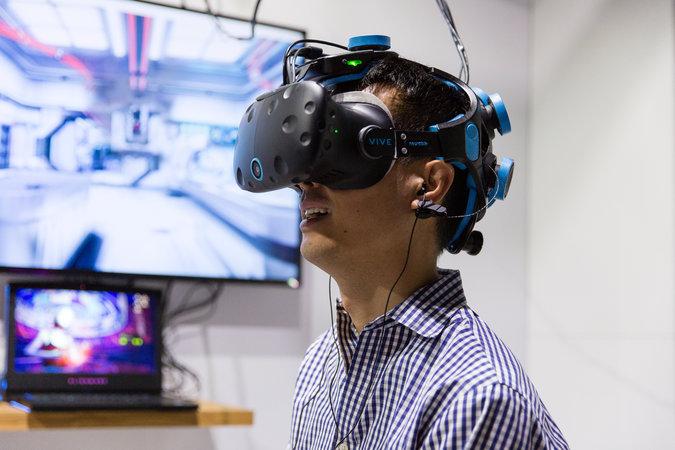 Using EEG, or electroencephalography, the start-up Neurable is building a virtual reality game that can be controlled by the mind. Credit: Neurable

Elon Musk has founded a start-up called Neuralink, which is using EEG technology to read brain activity. The group has engineered it with the capability to direct brain waves to a particular motion or activity in an algorithm. Some uses include implanting computer chips so that people with disabilities can use the Neuralink. If the chips prove to be effective, they can be placed in healthy people as well.

“It is implausible that this technology would go straight into healthy people,” said Ed Boyden, an M.I.T. neuroscientist who is also an adviser to Neuralink. “But there is a natural trajectory where, if a medical technology proves effective, it can move into normal individuals as well.”

Autonomous cars are the sexy AI tech right now. The thought of insurance rates and accidents going down, while leaving more time for recreation while traveling is driving the car industry. But Larry Page, executive at Alphabet and founder of Google is backing a start-up called Kitty Hawk, that plans on taking commuting to a whole new level ⎯specifically into the air. AI is truly making a long-held dream come alive for many, as if the old cartoon show, The Jetsons, had finally come to life.

All the major nations of the earth are in a heated race to build and operate the best Quantum computer. These machines will take us into the world of quantum physics that will lead to miracles such as new drug discoveries, streamlined and secured financial markets, instantly solve traffic situations and so much more, all in a blink of an eye, compared to all the computers built up to this point.

These are just five examples as to how AI and Quantum computing has changed the world and will change it even further, going beyond what most of us could have imagined only a few years ago.